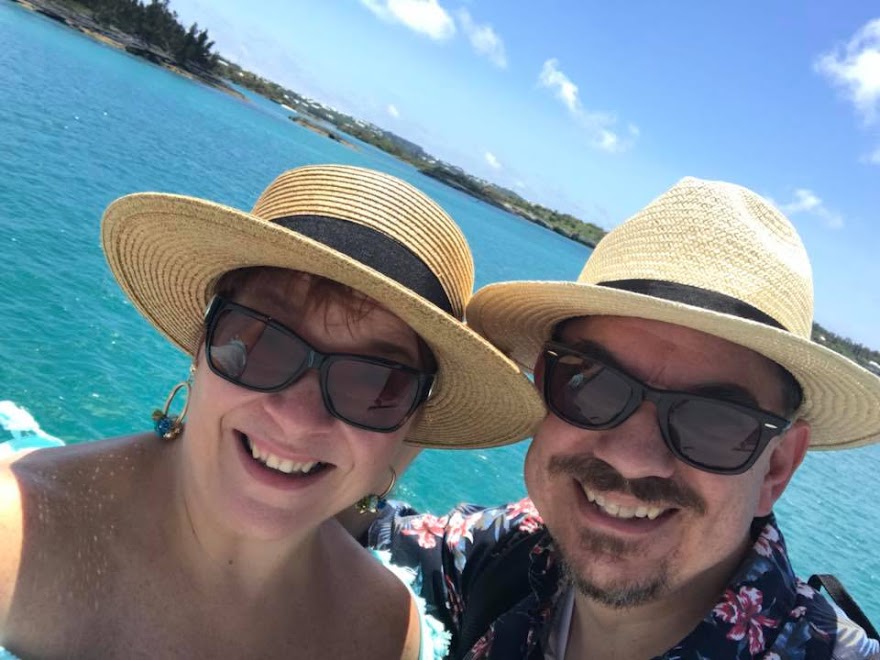 Ashes, Death, and Cleansing: A Homily for Ash Wednesday

In the Name of the Father and of the +Son and of the Holy Spirit.  Amen.

In October of 1913 a crowd of thousands gathered together on 40 acres in River Forest to dedicate Concordia Teachers College.  Almsgiving, you might say, gifts above and beyond tithes and offerings, had been gathered and helped construct the campus.  The Word of the Lord was preached.  The faithful responded in prayer.  It was a great day. 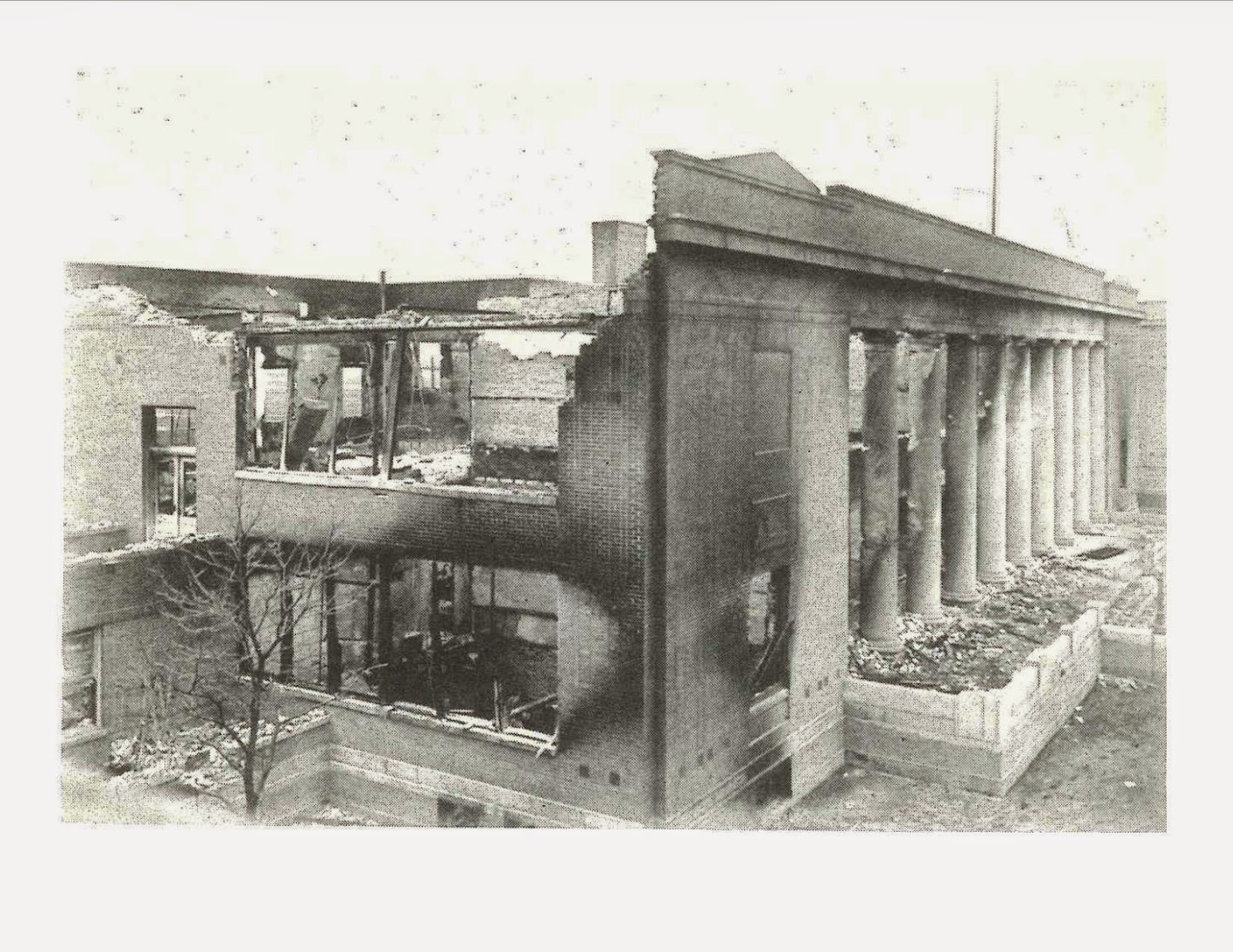 Just five months later, tragedy struck, as President William Kohn was making his night rounds and discovered a fire.  The frustrating things was the fire hoses were discovered to be too short to reach from the hydrants to the administration building.  The building was gutted.

Yet from the midst of ashes, the Lord raised up the school.  Immediately they decided to rebuild, undeterred by the fire and ashes.  The destruction of the college -- the "death" of the building, if you will, would not crush them.  Life and hope came from Christ.

We often see ashes simply as the remains of death and destruction.  But they are also reminders of a fresh start.  A new birth and rising, such as that of the mythical Phoenix.  Ashes can be signs of cleansing too, as throughout history they have often been an ingredient in the making of soaps and cleansers.

You are like the ashes; sad, charred, used up remains of what you were created to be.  Death has laid its grip on you.  Yes, no matter how young or healthy you are, you are dying.

So he we are, a bunch of defiant dead people.  Here we are; ones who like our stuff, and would rather not give too much away.  Here we are, people who are happy to spend hours each night in front of a TV or on the Internet, but are simply too busy for prayer.  Here we are, ready to gorge ourselves on Fat Tuesday, to make up for anything we might resentfully "give up" for the next 40 days.  Here we are, warm, dry, and comfortable, trying not to even think on the unpleasantness and sheer evil of this fallen world -- like the struggle of Christians who are persecuted elsewhere. In repentance and grief, we remember 21 Egyptian Christian martyrs this week, calling on Jesus as the unbelieving agents of the devil did their wicked work.

How do you think you stand before God, with all of this baggage?  You were right; each one of you is a "poor, miserable sinner." The value of your wretched, rebellious, commandment-breaking, human self is less than that smudge of ash on your forehead. 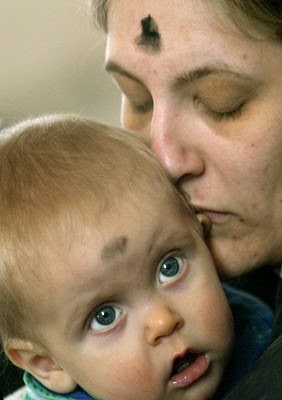 But our dear Lord does not want you to be "ashes to ashes and dust to dust." He is heartbroken that He ever had to tell our Father Adam, "Dust you are, and to dust you shall return."  He knows it is a dreadful reminder of mortality for anyone to see the 90-year-old grandma, the 40-something cancer survivor, or even the toddler with ashes on their foreheads, reminding them all of their mortality.  His heart goes out to you, as the Law crushes you into realizing you damning sin, and the death you face.

But our sweet Savior also gives forgiveness.  He climbed the hill of Calvary and laid down His life for you.  He gave to you in your need as He allowed His body to be broken and His blood shed to remove your sin.  Jesus prayed for His persecutors, executioners, indeed for you and me as He hung there, dying.  And He fasted from the wealth and splendor of His heavenly, divine power, permitting Himself to be sacrificed for you.

And now, He gives cleansing.  He did it at the font.  And He renews that cleansing with Holy Absolution.  Ashes are a common ingredient in simple and ancient soap recipes.  The charred cross on your forehead is a reminder not only of your mortality, deserved at that, but also a reminder that our Lord Jesus cleanses you!  He washes away the guilt of breaking His Ten Commandments.  He purifies you from all unrighteousness.

He thoroughly cleanses you as His own, so that with boldness and confidence, you also may have precious words like, "My Lord, Jesus," "Jesus, help me!" on your lips when you face your mortality on this earth and breathe your last.  He will take and keep your dust and ashes until the day that He gathers you together in perfection and glory, to be resurrected and live with Him forever.  In the mean time, Jesus Christ lifts you up, cleanses you, and makes you His holy and righteous disciple.  And He bids you to come and feast on the Body broken and Blood shed, which are the very gifts that cleanse you from within.  Amen.
Posted by Rev. Richard A. Heinz at 11:56 AM No comments: 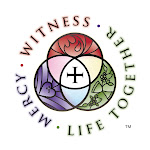